That makes this the single largest beta in the history of EA. We could not be happier that so many of you wanted to come in to get a small taste of what our passionate team has been working on.

Ever since we revealed Star Wars Battlefront back in April, we knew the beta would be a huge test for our game. After all, the beta has been one of the most talked about topics around the game over the last six months, and it was exciting (and a little nerve racking if I’m being completely honest) to open it up to the world.

And like Han Solo at the end of A New Hope, we’re glad you showed up. Even more importantly than just showing up, you’ve been spending a lot of time playing, having a great time and leaving us some invaluable feedback, as we continue to tune and balance the game until launch on November 17, 2015 in North America, and November 19, 2015 in Europe.

On behalf of the team at DICE, and everyone at EA, thank you for playing. We hope you enjoyed what you played in the beta, which is just a small part of the overall experience. There’s a lot more to the game, including all of our multiplayer modes and mission types.

Thank you, and may the Force be with you, always. 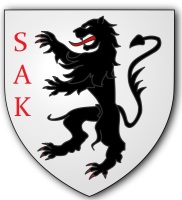